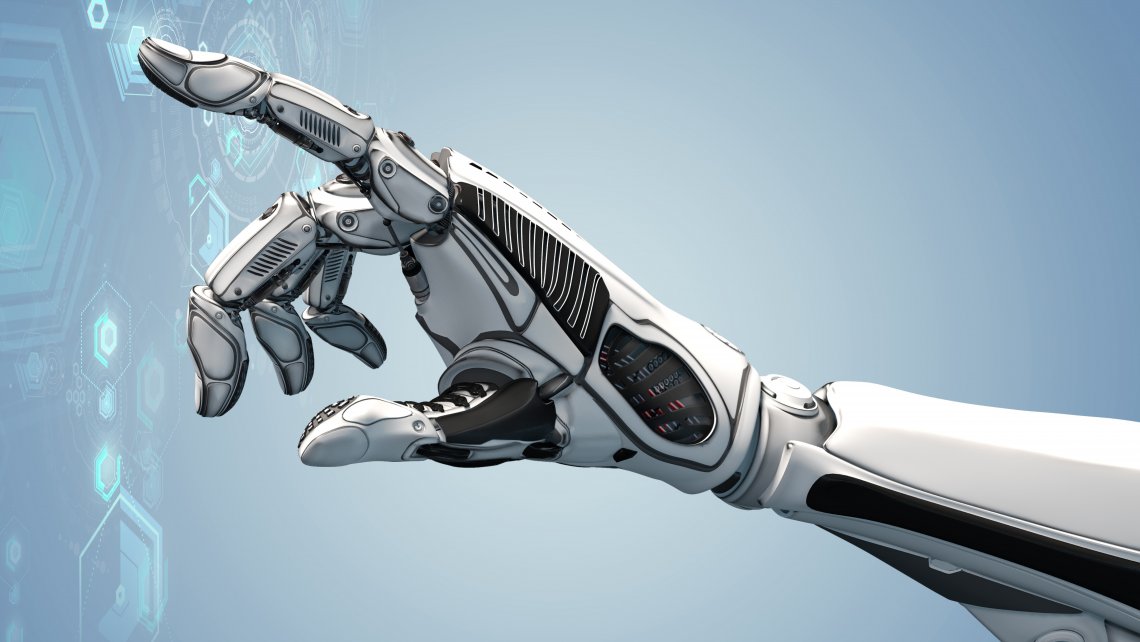 While the term itself may conjure up images of old 1980’s Science Fiction, Robotic Process Automation (or RPA) is fast becoming a mainstay in the toolkit of many businesses. Simply put, RPA refers to software robots, which can be configured to fulfil predefined tasks or activities within a business process. Where does RPA fit in the broader scheme of things? Think of it as the ‘hands and legs’ while the cognitive technologies i.e. Artificial Intelligence, Machine Learning etc are the ‘brain.’ All of these elements form a part of the suite of emerging technologies, which are increasingly becoming more mainstream.

Watching an RPA bot in action is a bit surreal. After training it on a specific task, you can watch it open emails, open attachments, copy information, send it on, log into a few other systems, collate information and make decisions based on predefined rules and move on to the next task. Quite a different experience to normal system integration!

Organisations looking to deploy RPA will often begin with rule-based processes that are mundane in nature and have structured data inputs. Starting with less complex and standardised processes and gradually moving up the complexity ladder helps the organisation’s leadership to fully understand what RPA can do for them as well as its impact on the broader organisation.

The Right Approach is Everything

Whilst it may look and feel like a ‘magic bullet’ to tackle common issues such as speed, productivity and accuracy, there are certainly considerations to factor in when automating business processes. The whole picture needs to be factored in and for this reason, it’s important to have the right balance of skillsets involved, for example, business analysts working in collaboration with business SMEs, to ensure the full context of a business process is factored in. Importantly, processes need to be optimised and stabilised prior to RPA being deployed to get the best results.

The real value of RPA is in its ability to take away mundane and repetitive tasks which in turn frees up resources to focus on tasks higher up in the value chain. Throw it into the mix with other technologies i.e. AI and Machine Learning and it takes the shape of intelligent automation.

What Kind of Processes Apply?

The middle or back office functions are where RPA is most commonly used. When ascertaining which processes are eligible, the following criteria is helpful:

What is the Relationship Between RPA and AI/Machine Learning?

As previously mentioned, RPA can be seen as the ‘hands and legs’ while Cognitive technologies such as Artificial Intelligence, Machine Learning, Natural Language processing, can be likened to the ‘brain’. Cognitive technologies have a strong potential to increase the scope of automation, by ‘intelligently’ understanding what the customer is trying to say (as an example) and passing on the information in a structured data format, for the robot to action. This takes the need for someone to read and understand, away…hence automating the end to end process.

For organisations looking to automate their processes, RPA helps in getting started with the journey, while cognitive technologies help in increasing the automation scope, hence maximising benefits for the customer, colleagues and companies. 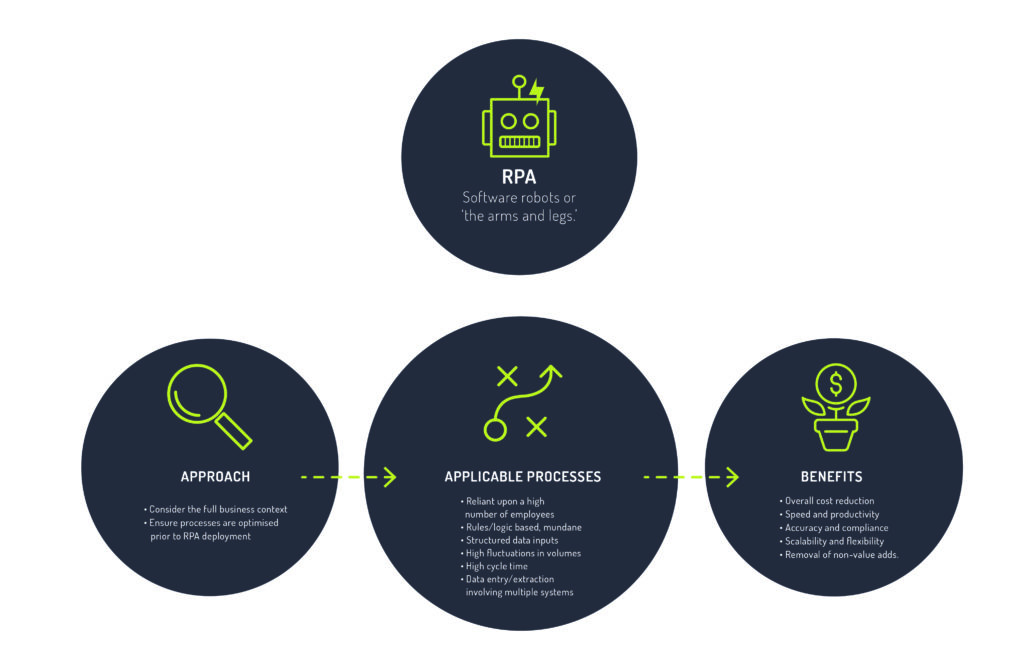 What are the Common Pitfalls of RPA?

Not unlike the production lines at car manufacturers and canneries, there are some jobs bots are good at, and some they aren’t. Bots are great at scale – when you can spend a hundred times as long as it usually takes to do something to teach a bot – then the bot can do it a million times without skipping a beat. It’s great for those tasks where you would traditionally see high staff turnover or a high rate of human error. However, issues can arise when expectations are poorly managed. It’s an easy trap for leadership to fall into assuming RPA as the ‘silver bullet’ to solve all their problems without acknowledging its limitations. Measure business impact- From the outset, the driver for RPA implementation should be a balance of optimisation of resources and improving client experience.

Another area where problems arise is when IT is not involved early enough. Doing a small-scale proof on concept is one thing but a scalable deployment is another. It goes without saying that IT needs to be engaged early so that any infrastructure and / or problem-solving support is readily available. While Level 1 trouble shooting can be done by the business themselves, more complex problems may require technical expertise.

Poor process design and change management can also prove to be barriers to RPA success. In a nutshell, bots work best when they are well supported by the people involved which is where effective change management and communication comes in. There needs to a transparent end to end process, both from a people and technology perspective, so that everyone is clear about how this whole thing is going to work. The greatest impact is to people, hence the importance of understanding and assessing the impact in detail.

Lack of effective controls and governance can also be prohibitive to a successful outcome. This specifically applies to potential changes to the environment the bots work in. This could be anything from changes to screens / fields the robots interact with to technology policy changes such as password resets.

A lack of vision around scale is where organisations often slip up, making the mistake of assuming that once a bot is created, it can be left alone to run by itself. Unfortunately, this is not the case. Just as all people and processes require ongoing vigilance and monitoring, RPA is no exception to that rule.

While RPA is a useful tool set to have in the armoury, it’s important to remember that it’s just the first step towards achieving automation and transformation at scale (i.e. means to an end). The key to a successful transformation program lies in first viewing it as a business-led change rather the technology-led, followed by taking a comprehensive and a customer led approach rather than limiting focus towards costs related metrics. Strong leadership support and an organisation wide change management effort makes the transformation journey smooth for all involved.